I visited the farm again today and had another interesting chat with Phil, covering topics such as changes in orchards and apple harvesting since the 1970s, the role of Europe in influencing the numbers of orchards and the varieties of apples grown in them, and touched on migrant labour as well as his local workforce. Phil explained that migrant labour wouldn’t really suit his farm as it is quite small relatively speaking, and the picking season not that long, and so most of his picking staff tend to be students either from university or sixth form college. There are some full-time workers though, some of whom are a traditional agricultural labouring family who live in permanent caravans on-site, as well as three local Thai women. 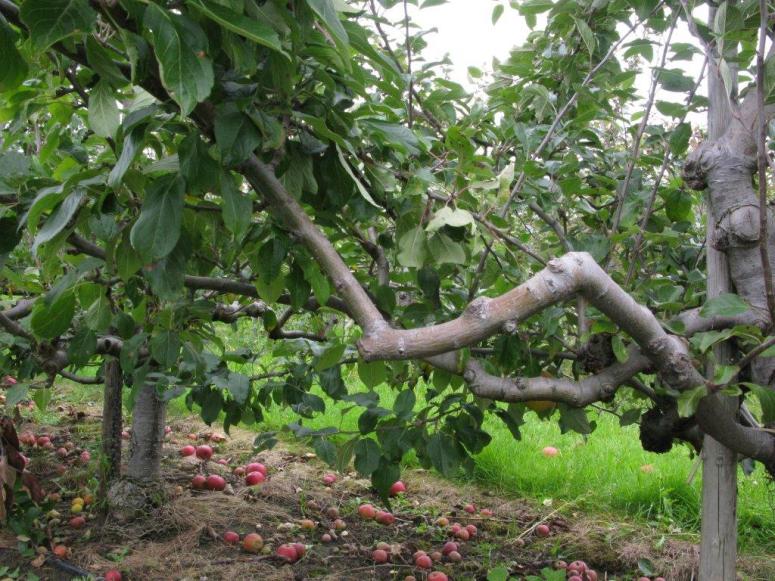 I took some photographs of branches of the trees, as I am beginning to think of some ideas of how the final works could be installed, and what they might be. I think I am moving away from a live performance and will probably make a sound work and some objects, but will decide after a visit to the gallery. 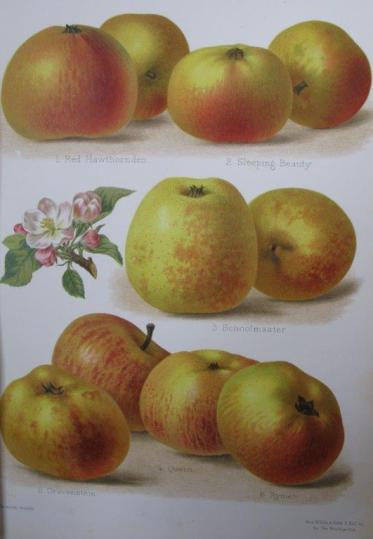 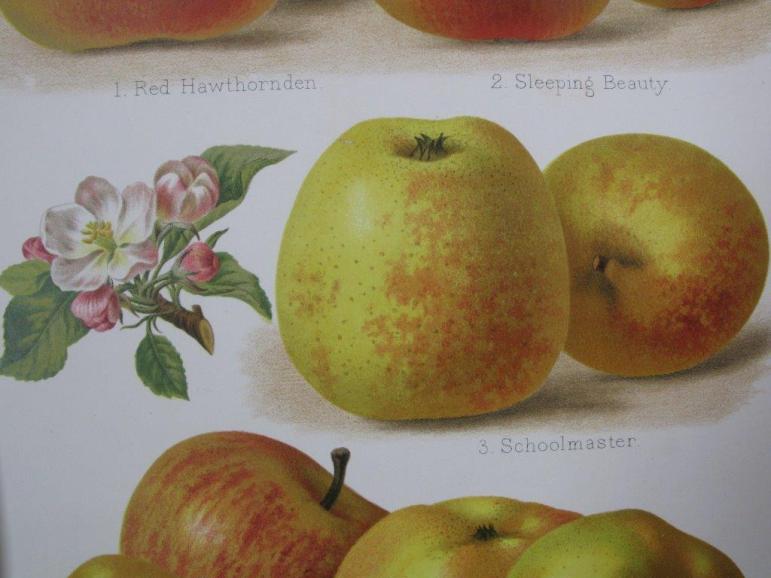 The real highlight of the visit was hearing Phil’s enthusiasm for a life lived with growing
things, moving through the seasons, doing different tasks throughout the year, and his love of trees. He happened to mention to me that he had a book bought by his grandfather cataloguing all the apples and pears of Herefordshire, published from 1878-1884. He let me take some photographs of this. Actually there are two volumes, illustrated from nature by Alice Blanche Ellis and Edith Elizabeth Bull, the daughter of one of the authors. What a really lovely book this is, with hand-coloured lithographs, and in lovely condition. You almost want to eat the pictures they look so delicious. The text is a lovely mixture of natural descriptions and cultural references to apples and pears. These books are called Pomonas, after the Roman goddess of fruitfulness Pomona. I looked her up in Ovid’s Metamorphoses, and found her to be an interesting character. She was full of love for branches loaded with apples, wandering around with her little knife pruning, cutting, grafting…She had no desire to be bothered with suitors, so fenced herself off in her orchard to keep them out. Eventually she was persuaded to take a partner persuaded by a god in the disguise of an old woman. I liked the idea that she was an apple cultivator, happy among the trees.